Fortunately, there is still hope for those struggling with infertility through fertility treatment. In order to receive appropriate treatment, the first step is to find out what the cause of the infertility is as there are many different things that may cause infertility in a woman. 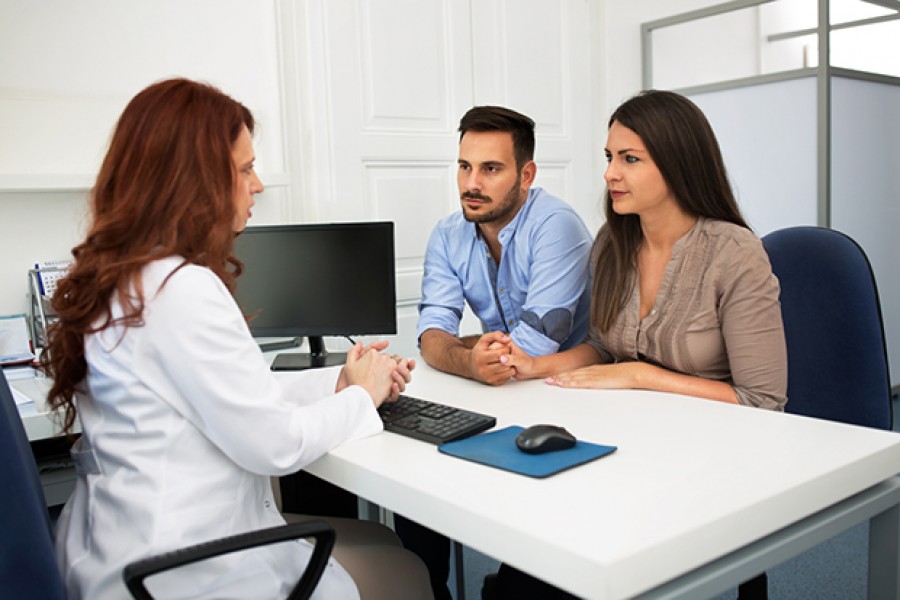 Many women dream of the day that they have a baby of their own.

Unfortunately, it isn’t something that all women are able to easily achieve. In fact, 1 out of every 6 couples in Australia struggles with infertility.

Approximately 40% of the time, the infertility is caused by the female partner. It is also about 40% of the time due to the male partner with the remaining 20% being attributed to factors of both partners. Not being able to conceive a baby can be an extremely difficult and emotional thing for a woman to deal with.

Fortunately, there is still hope for those struggling with infertility through fertility treatment. In order to receive appropriate treatment, the first step is to find out what the cause of the infertility is as there are many different things that may cause infertility in a woman. 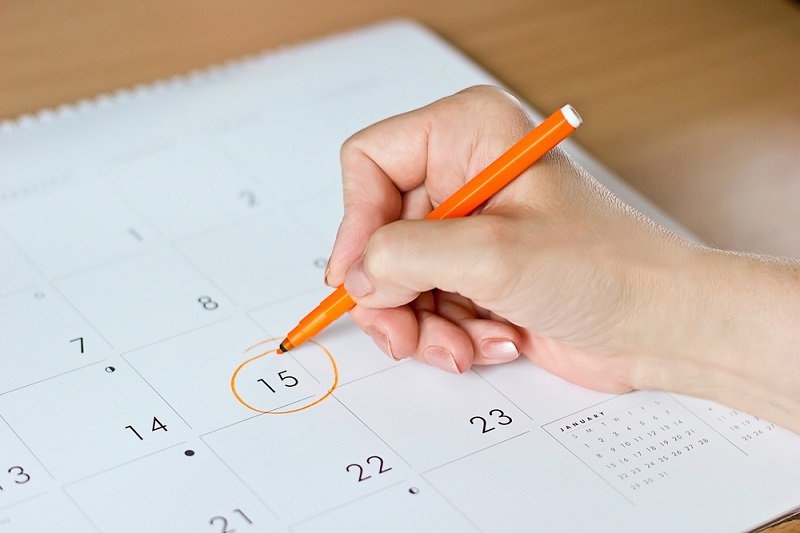 A common cause of infertility in women is some kind of problem with ovulation.

Ovulation is the process of an egg maturing and being released from the ovary where it then travels through the fallopian tube which is where it would meet the sperm and become fertilised before making its way to the uterus.

Usually, a woman ovulates approximately every 4 weeks, but in some cases, a woman has an irregular menstrual cycle and irregular ovulation. Some women may just not ovulate at all.There are different things that may cause these problems for a woman. 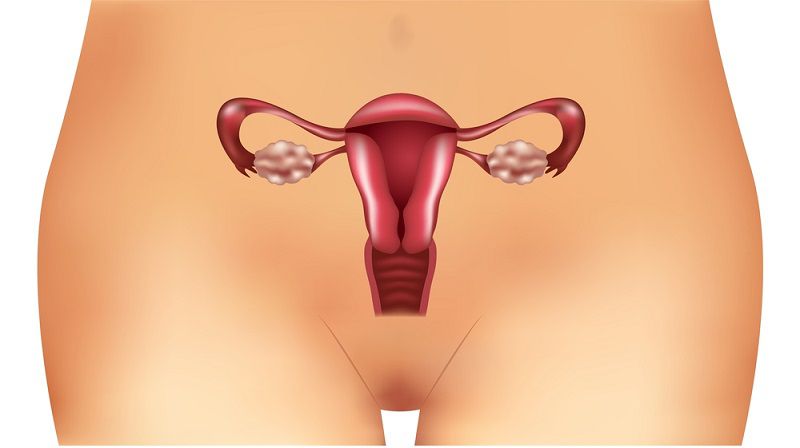 This ends up producing an environment that prevents the ovaries from releasing mature eggs which leads to cysts in the ovaries during ovulation. It is often painful and vastly reduces the chance of becoming pregnant. 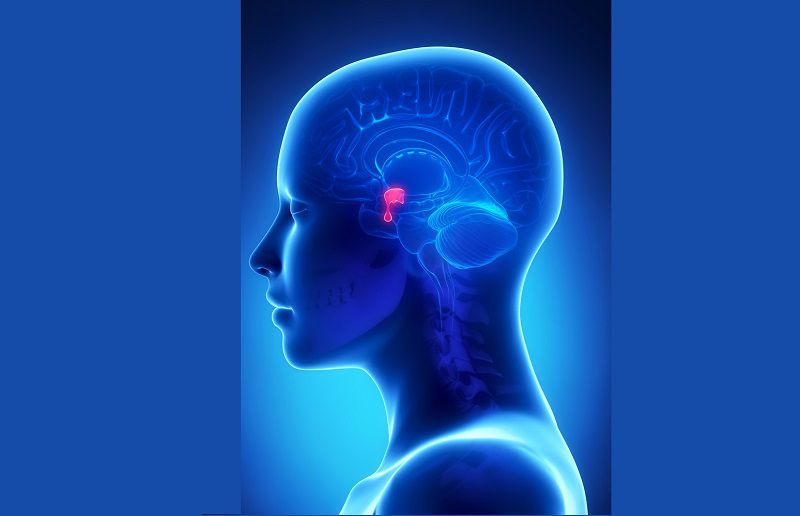 The pituitary gland is a part of the brain that controls hormone production which is an extremely important part of reproduction and ovulation.

When something is out of sorts with the pituitary gland such as pituitary tumours, hormone production can get messed up and ovulation can become irregular or cease altogether. This can greatly reduce the chance of or prevent pregnancy. 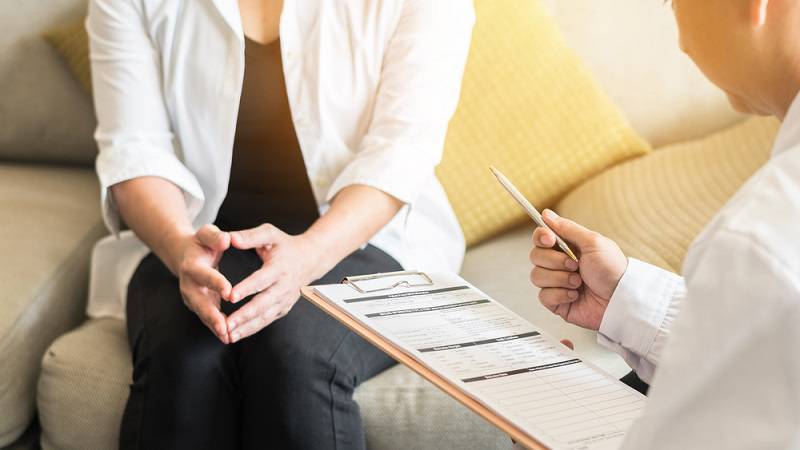 When a woman begins to experience menopause before the age of 40, it is referred to as Premature Ovarian Insufficiency.

As a woman begins going through menopause, she stops ovulating and therefore cannot become pregnant. 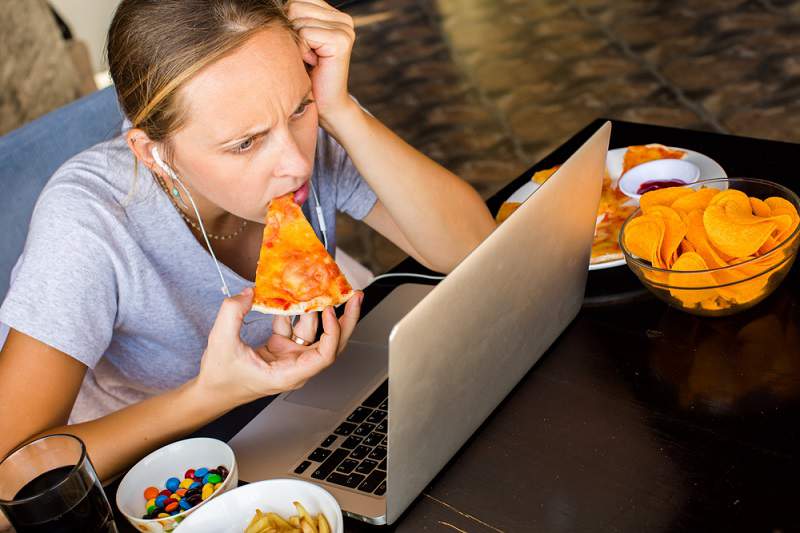 When the body is not cared for properly, it is unable to work efficiently. Often times, a woman may not ovulate regularly or may cease to ovulate at all when there is something wrong with her general health.

Things like smoking, using drugs, or regularly doing intense exercises that stress the body can all be factors in infertility problems. Being overweight or underweight can also put stress on your body that causes ovulation to cease or become irregular.

Additionally, certain medical conditions as well as the medications and treatment for them can cause fertility issues for woman, too. This would include things like chemotherapy, diabetes, autoimmune disorders, and thyroid disease. 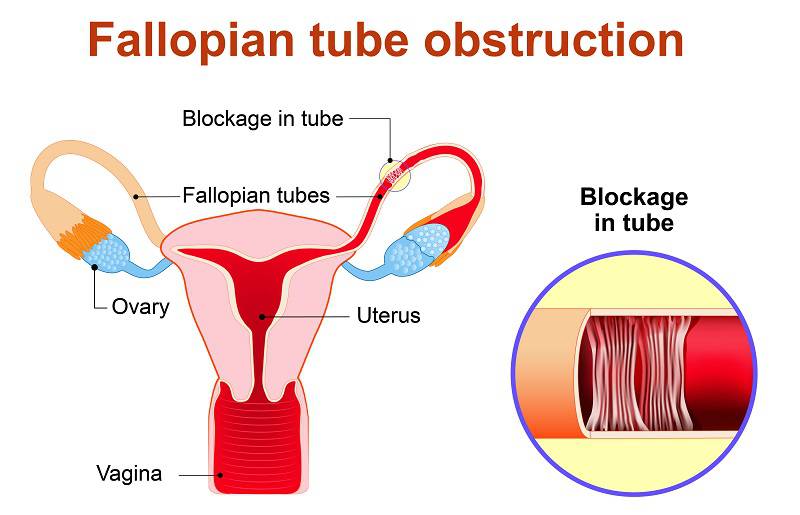 Another problem that can lead to infertility is blockage of the fallopian tubes or other organs. When a blockage occurs that prevents the egg and sperm from meeting, the egg can’t become fertilised and get to the uterus.

There are different things that may cause a blockage that prevents pregnancy. 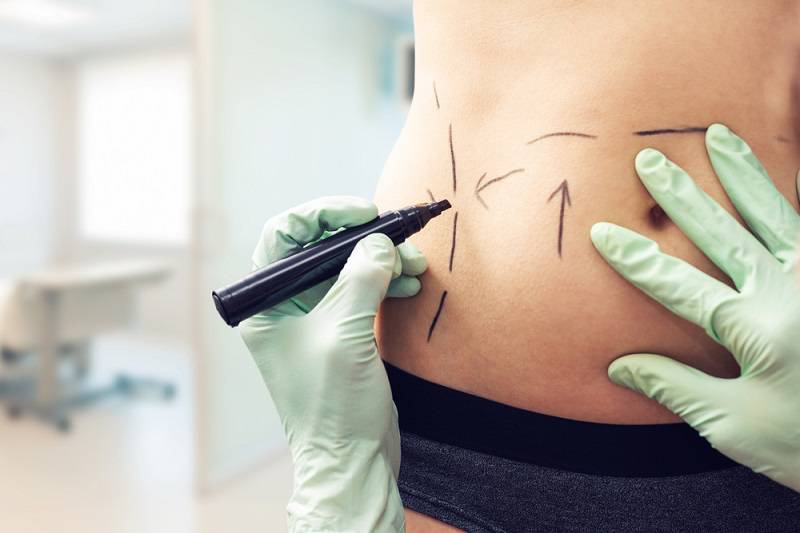 One possible cause of blockage that could lead to infertility is scarring from a previous surgery.

If a woman has had to have abdominal or pelvic surgery in the past, there is a possibility that it resulted in scarring severe enough to cause a blockage and prevent the egg and sperm from meeting and/or prevent the fertilized egg from making its way to the uterus to implant. 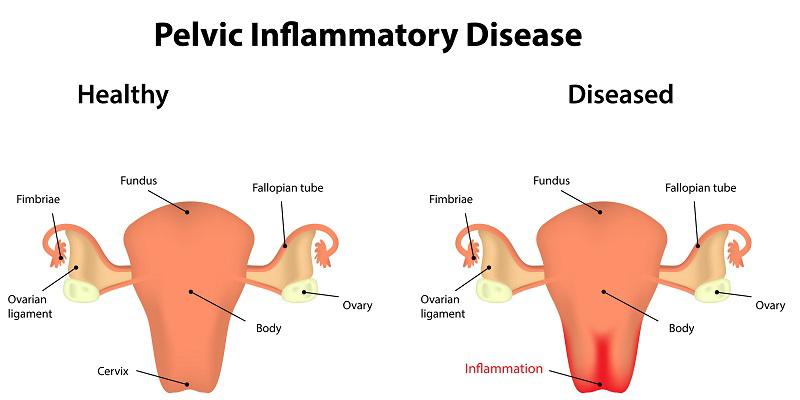 Pelvic Inflammatory Disease, or PID, affects around 1 out of every 8 women at some point in their life.

It occurs when organs in the pelvis become inflamed due to a bacterial infection. Common causes of it are gonorrhea and chlamydia.

The swelling of organs in the uterus as well as the scarring that PID leaves behind can create blockages and prevent the egg and/or sperm from traveling throughout the reproductive system as necessary. Read more here… 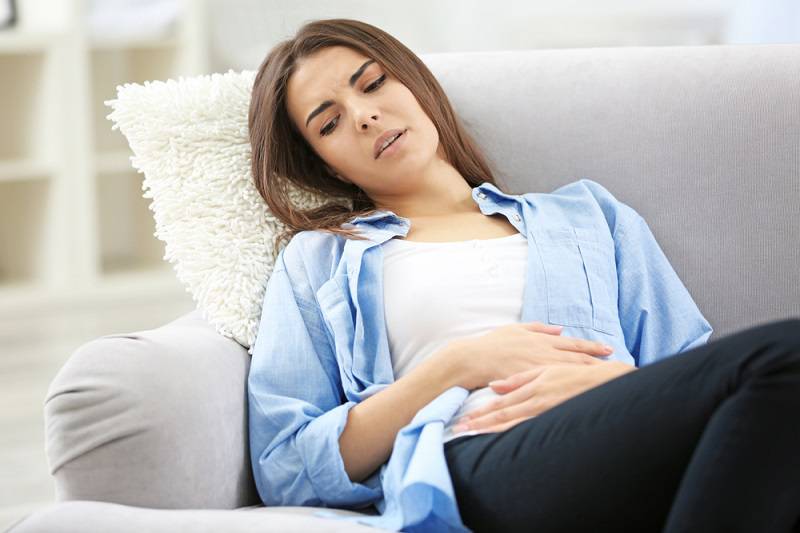 When a woman suffers from endometriosis, tissue from the inside of the uterus migrates to other areas such as outside of the uterus at the fallopian tubes and ovaries and then grows there. This can lead to bad scarring and inflammation that creates blockages and prevents conception.

Chemicals released in relation to the inflammation may also play a role in preventing fertilisation and implantation as well. Read more here… 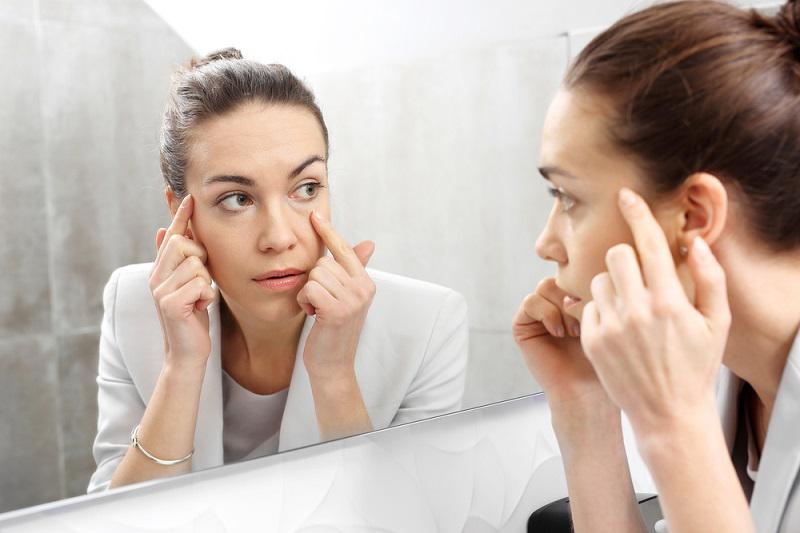 This is a well-known cause of infertility in women.

As a woman ages, she will eventually go through the process of menopause and will no longer be able to become pregnant. However, even before menopause begins, an ageing woman will likely experience more difficulty in becoming pregnant. This is because women are born with their entire supply of eggs.

As the years pass, the eggs age and lose viability. This can make it more difficult to become pregnant. Read more on the challenges of pregnancy at age 35 or more here.

11. Problems with the Uterus 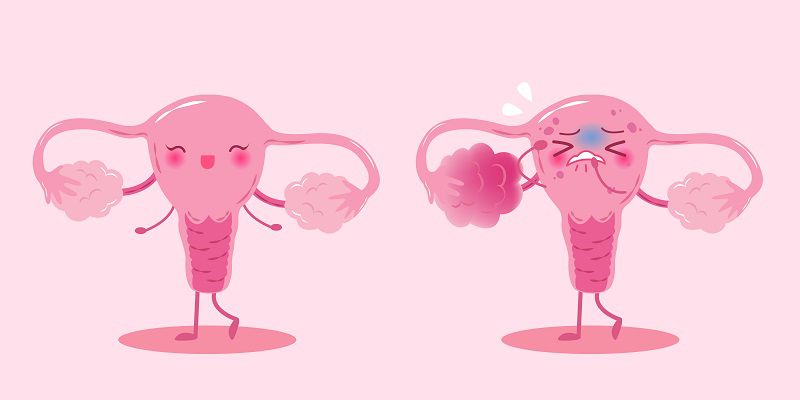 One more issue that can occur that may affect fertility is a problem with the woman’s uterus.

This can be various things such as having a misshapen uterus, impairment of the development of the uterine lining during the luteal phase of the menstrual cycle, or scarring from previous surgeries. Fibroids are also a possible issue within the uterus that can make it difficult to become pregnant.

These are benign tumours in the uterus that can cause problems such as preventing the sperm from reaching the egg or preventing an embryo from implanting. Polyps, which are overgrowths of the uterine lining may also prevent pregnancy in the same way as fibroids.

It can be very scary and unbearably disappointing to struggle with something as important and personal as conceiving a baby. The important thing is to not lose hope.

There is a very good chance that you can increase your chance of conceiving through fertility treatment. Seek out the help that you need so that you and your partner can be evaluated and receive appropriate testing to discover the exact cause of your infertility.

Once the cause is discovered, you can begin a treatment plan and work towards your dream of having a baby.

The different types of female infertility tests. If you’re young, healthy and have no real family history of infertility but have struggled to get pregnant for a while, it may be time to see a fertility specialist. Read more… 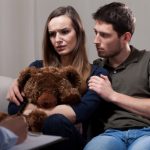 5 Things I wish I knew about baby’s birth delivery

Breastfeeding: All you need to know