Traits babies inherit: What will be my baby's eye colour? I am blonde, will my son have blonde hair too? Learn more about how your future baby will look like. 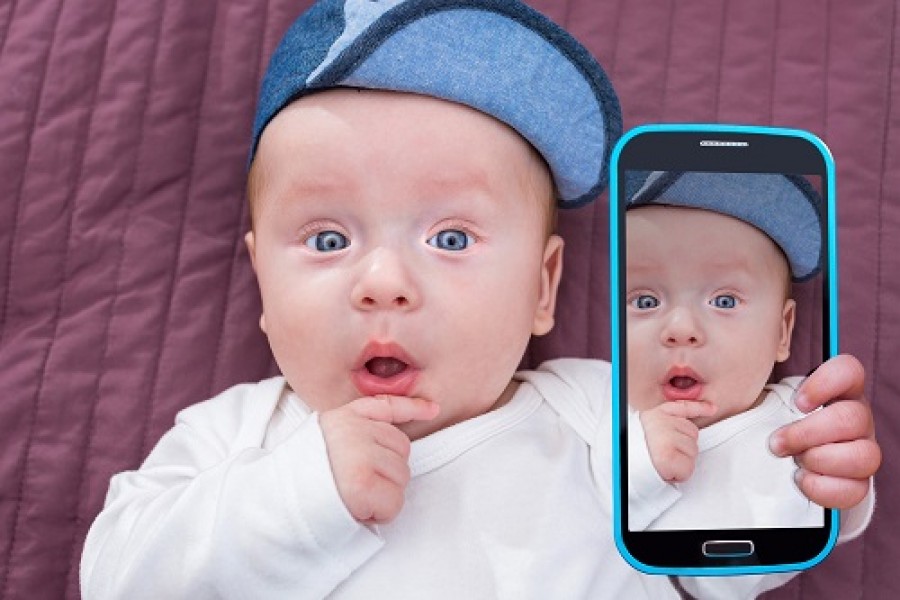 Every expectant parent has considered at least once what their baby is going to look like. Some of us will have thought about it several thousand times. It is something that will even cross a lot of people’s minds when they pair up for the first time, no matter how many years away from actually procreating they might be.

Think about it; you just knew when Brangelina started having babies that they were going to be pretty much the best looking babies ever created, didn’t you. And you knew that Will and Kate were going to give birth to stunners, and you were right. How did you know? Genetics that’s how.

Here’s some slightly scientifically based information on how genetics works.

When a mummy and a daddy love each other very much their genetic material combines to create a baby. This little bundle of joy will be born and will grow up to show characteristics of both parents’ genes and bloodlines. Genes come in pairs, and some genetic material is naturally dominant over others, which means that some traits are more likely to show up than others. The secondary gene is called the recessive gene.

Genes are set at the time of conception, so at this time your baby’s eye colour, hair colour and other traits inherited from the parents are already determined.

A dominant gene will override a recessive gene, whereas traits from a recessive gene will only show up if both genes in the pair are recessive. Sometimes the baby will have strong traits that can’t be explained at face value, and don’t seem to come from either parent, and actually may come from way back in his genetic make-up.

Studies show that there are over 60,000 different genes in each human being, which means that one pair of parents could produce over 60 trillion possible combinations of a baby, so while you can guess how your baby will turn out, your guess might not be right.

There are cool apps that you can check out like Baby Maker or Make Me Babies which can combine photos of you and your partner and produce a really weird looking picture of a baby which may (but probably won’t) be what your baby will end up looking like. These apps are fun (try combining yourself and George Clooney to check out your offspring; you know you want to), but for a better idea of what your baby might turn out like, consider some of the following factors.

With eye colour, brown is the dominant gene, which means that if you have brown eyes and your husband has blue, the baby is more likely to have brown eyes. It doesn’t mean that your baby won’t have blue eyes, as the genetic material determining eye colour is more complicated than this and takes into consideration how many grandparents had blue eyes and what exact genes show up on the eye-colour pair. But odds are that your baby has a greater chance of being a brown-eyed little poppet.

Green is also a dominant gene, so more likely than not will override the blue-eyed gene. Remember though this is just a prediction and will depend on the overall percentage of genes that the baby inherits. For a hint of what might happen though, check out the chart below: 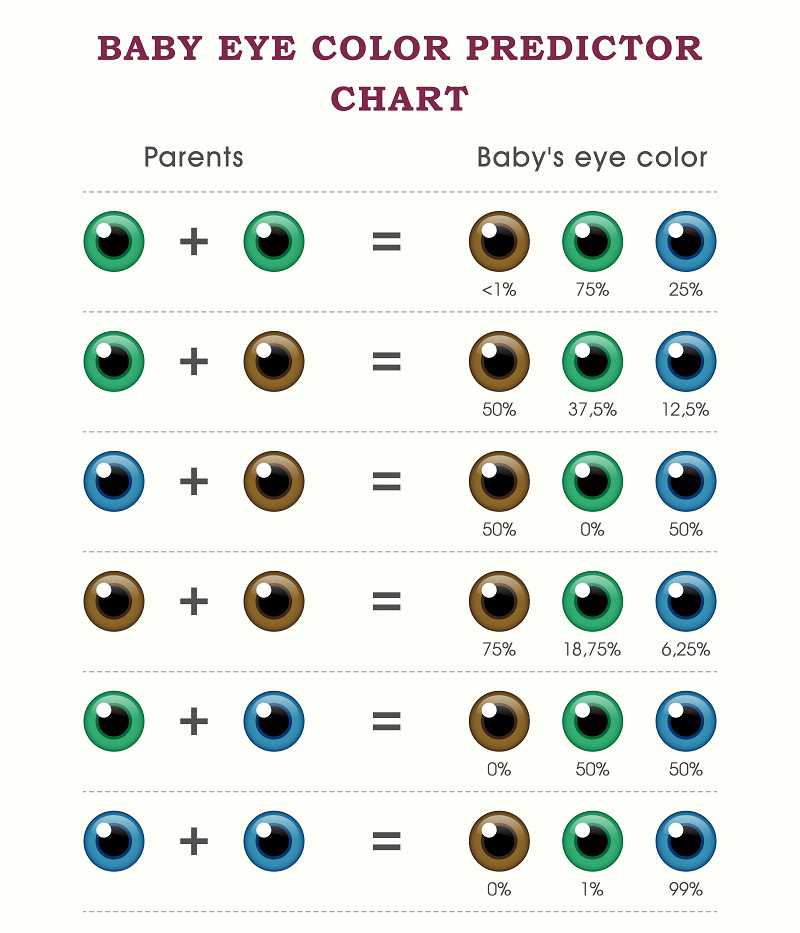 What hair colour is more likely to be passed on then?

Darker hair genes will generally override the fairer ones, but again it’s all a question of percentages. It’s also a matter of shades; the lighter the brown of the genes, the less likely the child is to have dark hair, but it all depends on how much pigment is actually passed on to the baby. Hair is a bit more complicated than eyes however, as hair will change colour a number of times across a person’s life. Red hair is also in the middle; it is a more dominant gene than blonde hair, but not as much as dark. 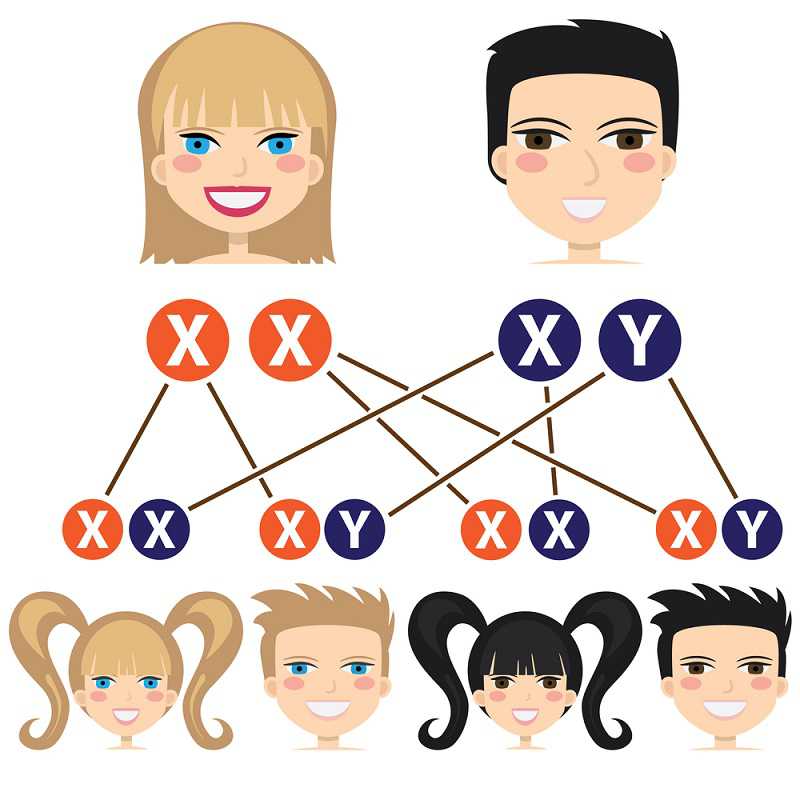 Weight is also dictated to an extent by genetics, but most of what will indicate how much your child will weigh depends on the environment in which they are raised. If both parents are overweight then the child is more likely to grow up overweight, particularly if obesity is dominant within the parents’ race.If both parents are very slim, the children will be slim. The child’s weight may be predicted because of his genetic make-up, because of his environment and his parents’ eating habits, or a combination of all of this.

If the weight of the parent’s differs greatly the best way to guess a baby’s likely adult weight is to look at what weight the parents were genetically, not the weight they are as adults, which is more likely to be the cause of their environment. 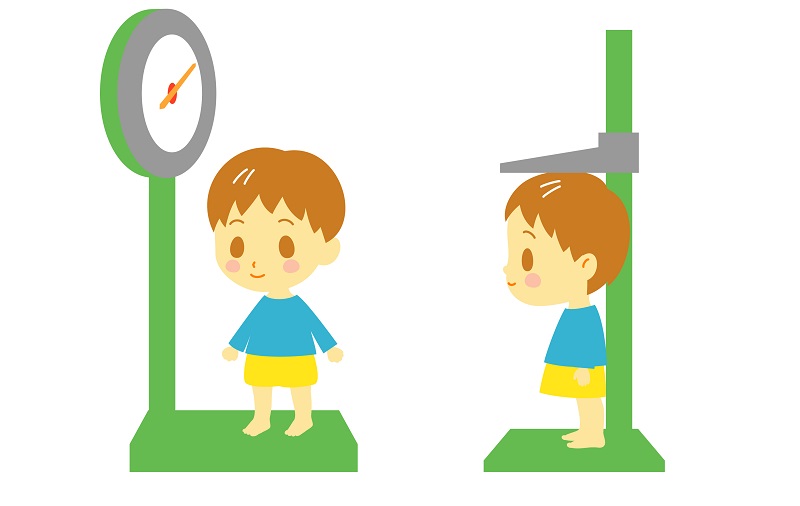 Some physical traits dominate over others. The best way to predict what facial characteristics your baby will have will be to look through photos of his direct ancestors. Things such as shape and symmetry of face, hairline features such as cowlicks and widow’s peaks, gaps in teeth and quirks such as dimples get passed on to your babies depending on how many ancestors have these same traits.

Whether or not your baby will be right or left handed is also determined genetically. The right-handed gene is dominant, which is why there are more right-handed people in the world. If any of your grandparents are right handed, it is more likely to have been passed on to you. If you are right handed and your partner is left handed and you have four children, one out of the four will probably be left-handed. Again this is a probability only.

Skin colour, like hair colour, is another really hard one to predict, as it works in shades. Chances are your baby will be some combination of your and your partner’s skin tones, but could basically be anywhere in between. It could also be something completely out of the blue (it probably won’t actually be blue however).

There are genes that skip a generation and also genetic mutations, so anything could happen and surprises could be in store; for instance a child of dark-skinned parents could be born with very pale skin. Even non-identical twins can be born with completely different skin tone to each other.

So if you still have no idea…

In conclusion, there is really no way to predict what your baby will look like exactly. All you can do is make intelligent guesses. Most likely he will be a blend of the parents.

A really good approach is that you could just keep on believing that he is going to turn out like George Clooney (for any mother, their child is the most beautiful thing in the world anyway!)

In the end it doesn’t really matter; the only thing you can predict for sure is that you will completely love your baby, no matter who he looks more like. 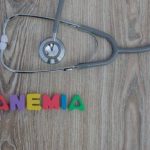 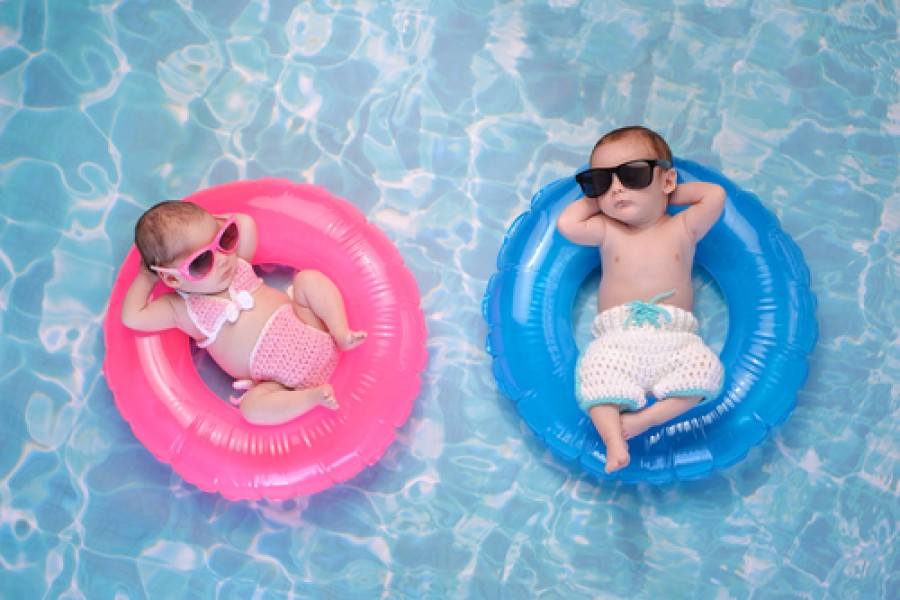 First Trimester of Pregnancy (0 to 12 Weeks) 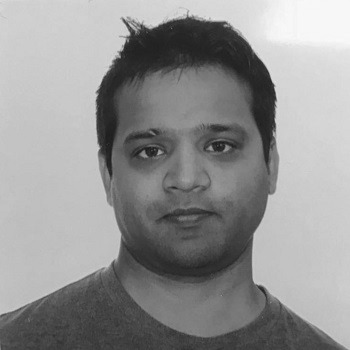