Trimesters of Pregnancy: Changes to Mother and Baby

Trimesters of Pregnancy: Changes to Mother and Baby 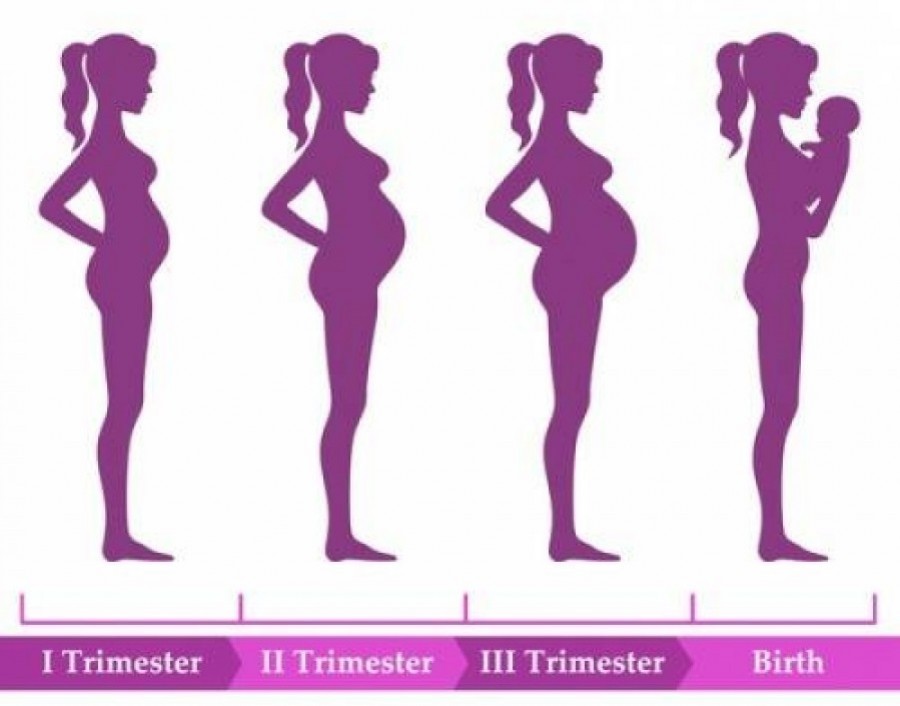 When you are pregnant, it can feel like the longest time period in the history of the universe. It isn’t, we know that, but it certainly feels like it. The trimesters of pregnancy are not quite as long as they feel when you are experiencing them.

The usual pregnancy is 40 weeks, or about 9 months, although a healthy pregnancy can last anywhere from 37-42 weeks. A baby born during that stage is still considered to be a full-term baby.

Pregnancy is broken up into three trimesters, each of which has its own fairly distinct symptoms, physical effects, dangers and concerns. 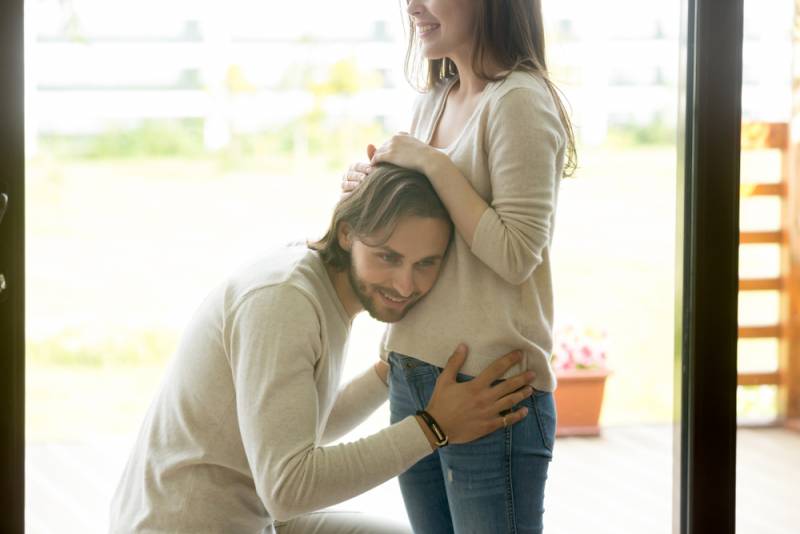 Interestingly the second you get pregnant, you are already two weeks pregnant, because conception happens 2 weeks into the cycle. This doesn’t make the total pregnancy feel like it goes any faster however,you can take a pregnancy test around the time when your period was due, and this should show up as positive. At this point, you should go to your GP to get this confirmed.

Most miscarriages occur during this trimester, so often pregnant women choose not to tell many people yet, in case something happens.

You may be feeling nausea, vomiting, fatigue, and you may have some light spotting or bleeding. Some women may suffer from morning sickness, which can actually happen any time of day.

Your breasts may start to feel tender. Your body is starting to get ready to loosen up all over so it is actually more likely that you could unknowingly injure yourself through exercise or exertion at this time, so don’t push yourself.

There is a tiny weight increase, maybe 3-4 kg this trimester.

Once the egg is fertilised the amniotic sac forms around it, and the placenta as well. Blood cells start to form and the body starts to divide into torso and head. Your baby is called an embryo until the end of the 8thweek, when it starts being called a foetus.

The spine and brain start to develop and the heart is pumping blood around the little body. Arms and legs forms as well as the beginning of fingers and toes. Bones start to form. The digestive system is starting to develop, as are the facial features.

By the end of the third month your baby is fully formed although very small; will only weigh around 28g and be about 10cm long.

You need to adjust many habits from the moment you realise you are pregnant. Some of them would have been good to already have adjusted. You should make the following changes:

· Adjust your diet to avoid foods for toxoplasmosis and listeria such as soft cheese, cold cooked meat, premade salads, runny eggs and more (for more information on this see our article on healthy pregnancy eating)

· Start eating more healthy foods such as dairy, fruit and vegetables, and sources of iron. Do not double your general intake of food however; contrary to the popular myth, you are not eating for two.

· Decide on your obstetrician and hospital and start to attend your appointments.

Read more on the first trimester of pregnancy here. 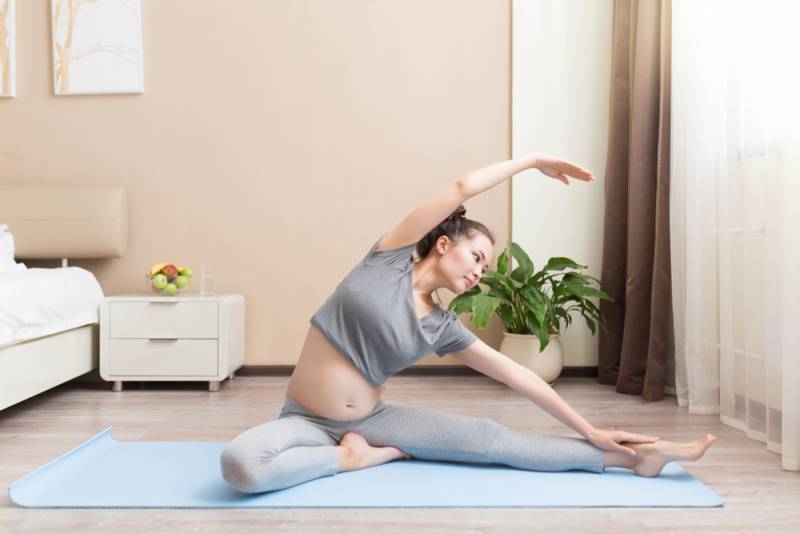 Early in this trimester morning sickness should ease off, although some unfortunate women continue to suffer. For most this will be the most comfortable trimester.

You may feel increased energy, including increased sexual drive. Your hair and skin may glow. You will likely start to show a baby bump around the 20-week mark, although this does vary from mother to mother.

You may feel some slight lower abdominal pain as the uterus enlarges along with the growing baby, and can feel like heaviness over the bladder.

Babies born during this trimester will usually not survive, although survival is possible from around week 23 onwards. With most pregnancies, you don’t need to worry about this,however, your baby during the second trimester is at it safest just hanging out in your belly.

Painless and longer staying uterine contractions can be felt with hand over the enlarged tummy.

Baby movements can be felt by the mother in around 18-20 weeks in the first pregnancy but felt earlier than 18 weeks in subsequent pregnancies.

You might start to feel hotter as you are technically an incubator. You may also start to get ‘pregnancy brain’ which there is no scientific evidence for, but which every mother swears is a real thing.

Because your baby is fully-formed by the end of the first trimester, the danger of miscarriage greatly drops from then on.

Things like the nervous system and genitalia become more formed during the second trimester, and things like eyelids and eyelashes become more defined.

Your baby starts to move around more and because he is growing, you will start to feel these movements. It will be hard to tell at first if this is the baby or just gas.

The heartbeat will be strong enough to hear now from outside the body.

Your baby is growing hair and is covered with a cheese-like substance called vernix.

By the end of this trimester, your baby will weigh around 1kg and be around 30cm long. You can see veins through his skin, and fingerprints are now formed. Your baby may start to open his eyes. He will do things like sucking his thumb, stretching, kicking and may get hiccups.

· Continue with your pregnancy diet as well as not drinking, low caffeine intake etc.

· Continue with a daily multivitamin

· Watch your weight gain, it should be slow and steady

· Have monthly appointments with your doctors

· Have an ultrasound around 20 weeks to check on the baby and find out the gender if you want to.

· Starting to go to the toilet a lot more often

· Sleep whenever you can

Read more on the second trimester of pregnancy here. 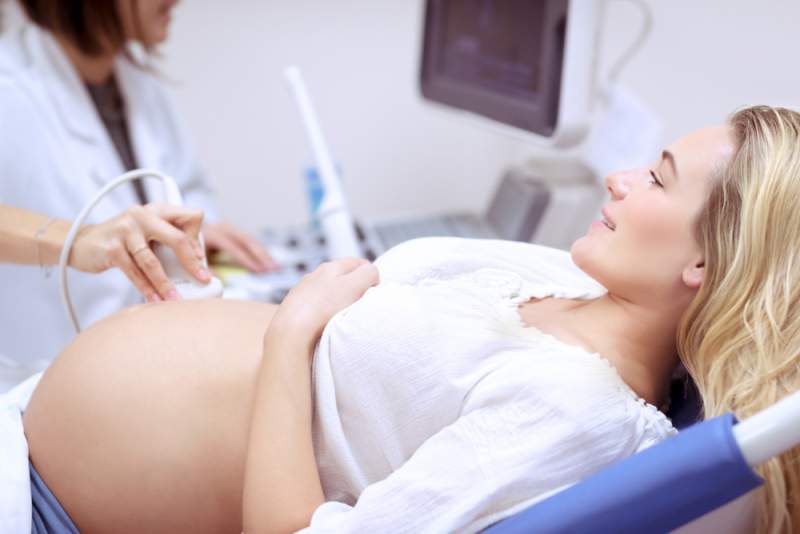 From now on your baby can usually be safely born, but will be in its best health if it stays in until at least the 37th week.

Your baby will be taking up so much room that you will only be able to eat small meals (although you will probably do this often) and you will go to the toilet often.

It will become a lot harder to sleep because of your growing size and the movements of the baby.

Your weight gain will slow a little, and ideally, by the end of the pregnancy, you will have gained no more than between 10 and 20 kg.

· Cervix dilates and prepares itself for delivery and secretes mucus with blood which gives a pinkish colour to the milky white mucus, indicating normal cervix dilation.

· Weight gain stays the same i.e. around ½ kilogram each week.

· You are at an increased risk for urinary tract infection, premature rupture of membranes and pregnancy-induced hypertension at this time, so really take things easy.

Your baby starts to put on fat now, and will also be responding to stimuli like noise and light outside of the belly. His reflexes will be fully developed, as will his lungs ready for life out of the womb.

Your baby will start to get into position for labour hopefully and will drop and should start to position head down. It does not go according to this plan for every baby,however, and some come out however they like.

At the end of the trimester labour will ideally start by itself, however, if it doesn’t, your doctor will arrange to move things along. By 42 weeks at the latest, your baby should be out. Babies on average will be around 50cm long and weigh around 3.2 kg, but their actual sizes can vary a lot.

· Your pregnancy diet becomes less of a concern closer to the end but stick to it anyway.

· Keep up your vitamins

· Sleep whenever you can, as this will be your last chance for about 20 years.

· Work up until around 36 weeks, but this will vary from mother to mother, and you should go on your doctor’s advice on this.

· Towards the end, your monthly appointments will start to speed up as your due date approaches.

· Visit your hospital and have prenatal classes if you are going to buy A LOT of stuff for your baby.

· Did we mention sleep? Get some more sleep while you are at it. 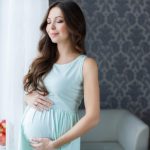 Underweight Pregnancy: Risks for You and Your BabyPreveious 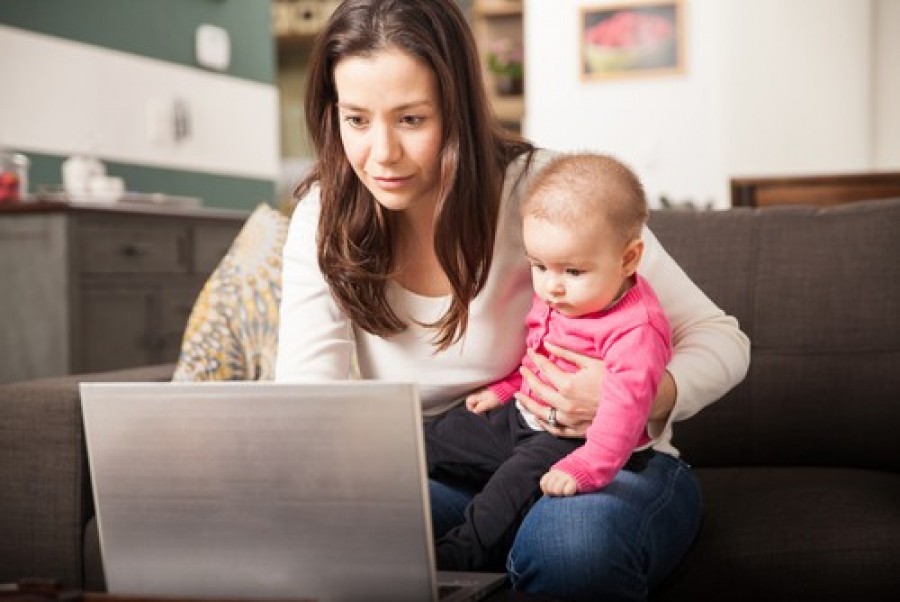 Thinking of having a second baby? Here’s your handy checklist

What is Surrogacy and how is it done?