One of the big things that attracts many people to using cloth nappies over disposable nappies is that they are more environmentally friendly. There is a lot more to the benefits of cloth nappies than just being green, though. 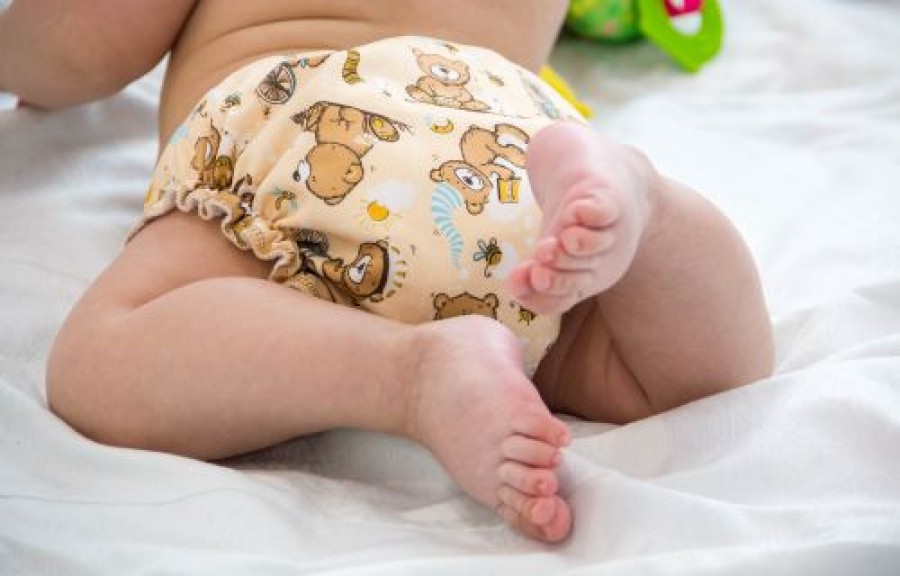 More often than not, if someone hears the term “cloth nappy”, they automatically think of a large white square cloth, potentially hazardous nappy pins, and dreaded plastic pants. However, cloth nappies have actually come a long way in recent years and there are tons of different types, styles and designs when it comes to cloth nappies. In fact, many modern cloth nappies are as simple to put on as disposable nappies.

One of the big things that attracts many people to using cloth nappies over disposable nappies is that they are more environmentally friendly. There is a lot more to the benefits of cloth nappies than just being green, though.

On average, a baby goes through around 4,000 nappy changes in their first year of life. If you’re pregnant, that’s probably a pretty intimidating number. Try not to fret though, you’ll get through it one nappy at a time. The really scary thing is the cost of 4,000 nappies a year. By the time your little one has toilet trained, you could have spent over $3,000 on disposable nappies alone. That doesn’t even account for disposable wipes or nappy disposal bags. Cloth nappies on the other hand are much more cost effective. The cost of a full stash of cloth nappies could range from only a few hundred dollars to just under $1,000 depending on what type of cloth nappies you choose and how many you decide to get.

Some people say that the cost of washing the cloth nappies ruins the fact that you save money on the actual nappies. However, even if you calculate in the cost of detergent, electricity, and water, you still only pay maybe around 50 cents a load of cloth nappies, obviously depending on how much water your machine uses and the type of detergent you use. Even if you wash your nappies every other day, which most people don’t, you would still pay less than $100 a year on washing nappies and likely much less than that.So, even if you go all out on buying cloth nappies and have an expensive wash routine, you’ll still probably stay under half of the cost of disposable nappies. Plus, cloth nappies can be reused with each child and even resold once you’re finished with them.

One thing that a lot of mums love about cloth nappies is the way they look. Modern cloth nappies come in a huge variety of colours, styles, and designs. If you can think of it, it’s probably on a cloth nappy somewhere. You can match anything with a cloth nappy. Most people can agree that cloth nappies are much cuter than their disposable paper counterparts.

One thing that many people don’t seem to think about when it comes to cloth nappies is how convenient they can be. With cloth nappies, you never have to worry about running out of nappies. You’ll never be inconvenienced by having to make a late-night run to buy nappies. You’ll also have some security with cloth nappies because the only reoccurring cost is washing them which is very minimal. In other words, if you hit unexpected financial difficulty, you won’t have to struggle to find money for your bub’s nappies.

There are myths surrounding cloth nappies that make them less desirable for many parents. Many of these myths stem from the truth about how cloth nappies were back when disposable nappies first came about. Cloth nappies have evolved quite a bit recently, though, and many of the myths about cloth nappies are no longer true.

#1 Cloth Nappies Are Hard to Change

#2 Cloth Nappies Are Hard to Clean

One of the most common things that hold people back from using cloth nappies rather than disposable nappies is that they think that they will be difficult or gross to clean. Actually, though, they are very easy to clean. Once you get used to washing nappies and establish a good wash routine, you’ll barely even notice the extra load of laundry, and really, once you’re a mum, what is one extra load of laundry?

Terry squares are what you are imagining when you think old school cloth nappies. They can be intimidating as they are a large square of fabric that you must fold into a diaper shape, but they aren’t so bad once you get used to them and they are the most inexpensive cloth nappy option. There are even products available now that allow you to secure the nappy closed without using potentially dangerous nappy pins. You should keep in mind that these nappies require the use of a nappy cover to hold in moisture.

Prefolds are much like terry squares except that as their name suggests, they are partially folded already and sewn that way. This makes them easier to use and store. They take less folding than terry squares but still require some sort of closure device as well as a diaper cover. These are the second most affordable cloth nappy option.

Fitted nappies are nappies made of absorbent material that have elastic around the waist and legs of the nappy. This allows them to fit on the baby better than diapers that you have to fold, but they still require a nappy cover. A fitted nappy may or may not need a closure device depending on if they have snaps or not. These are a little more expensive, but still affordable.

Pocket nappies are what most people know as modern cloth nappies. They consist of a diaper shell made of a layer of water resistant material – usually PUL or polyurethane laminate, and a stay dry layer that helps bub feel dry. You put a cloth nappy insert into the diaper that is made of absorbent material. Wetness passes through the stay dry layer and into the insert. Pocket nappies close using either snaps or hook and loop closures. Pockets combine ease of use with affordability.

All in ones are much like pocket nappies except there are no extra steps like putting inserts in. The absorbent layer is sewn into the diaper. They also close with snaps or hook and loop closures. They are one of the most expensive cloth nappy options, but are as easy as disposable nappies to use, especially if they are hook and loop closure all in ones. Even being the most expensive choice, they still save you tons of money over disposable nappies.

All in two diapers are like a combo of AIOs and pockets. The absorbent layer snaps into the diaper shell rather than slipping into it like a pocket diaper. They usually have a similar price to AIOs and also close using snaps or hook and loop closures.

Caring for Your Cloth Nappies

Caring for cloth nappies is actually very simple. You should have something to store your nappies in until it’s time to wash them such as a nappy pail with a pail liner. If your bub only wees in their nappy, you can toss the nappy straight into the pail to wait until washing time.

If your bub goes poo in the nappy, what you do will depend on your bub’s diet.For a baby that is exclusively breastfed, as in consumes nothing other than breastmilk, you can throw the nappy straight into the pail just like you would a wee nappy.

This is because exclusively breastfed poo is completely water soluble and will cause no problems and leave nothing left behind in your washer. However, if your bub is eating solids or on formula, you’ll need to remove the poo from the nappy before washing. You can do this by either dunking the nappy in the toilet, scraping the poo into the toilet or by getting a nifty nappy sprayer to spray the poo into the toilet.

Washing your cloth nappies is not much different than any other clothes you wash other than the fact that they require a quick pre-wash. Simply put your nappies into the washer, add a small amount of detergent, and run a quick wash on the nappies. Once you’ve done that, you can go ahead and add a full amount of detergent, and run a heavy-duty wash on the nappies. You should never use fabric softener on your nappies as it can cause them to repel rather than absorb.

How you dry your nappies is completely up to you. Some people prefer to line-dry or air-dry their nappies, and while this may extend the life of the nappies slightly, it is not necessary and simply depends on your personal preference. If you choose to use the dryer to dry your nappies, simply put them in the dryer for however long it takes to get them dry. Most people prefer to dry them on low to help preserve them, but again, that’s up to you. If you choose to dry them on a higher heat, make sure to let them cool completely before using them on your bub as you shouldn’t stretch the elastics while they’re still warm. You should also never use dryer sheets as they can cause the diapers to repel just like fabric softener.

Make the Best Choice for Your Family

There are a lot of things to consider when choosing what type of nappies you’ll use on your bub. Cloth nappies have lots of great benefits but some people just find disposables easier. One thing that may help you make your decision is if you can afford the upfront cost of cloth nappies. They may save you tons of money in the long run but some people can’t afford to drop a lump sum on nappies. Do what’s best for you and your family and whatever you decide, your bub will be plenty happy with it as long as you keep them in a clean and dry nappy.

How to Clean a Baby’s Belly Button?

How to Clean your Baby Properly?

Caring For Babies With Sensitive Skin

How to deal with nappy rashes?

The wonderful world of baby poo

How to massage your baby? 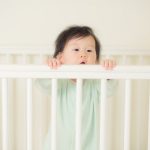 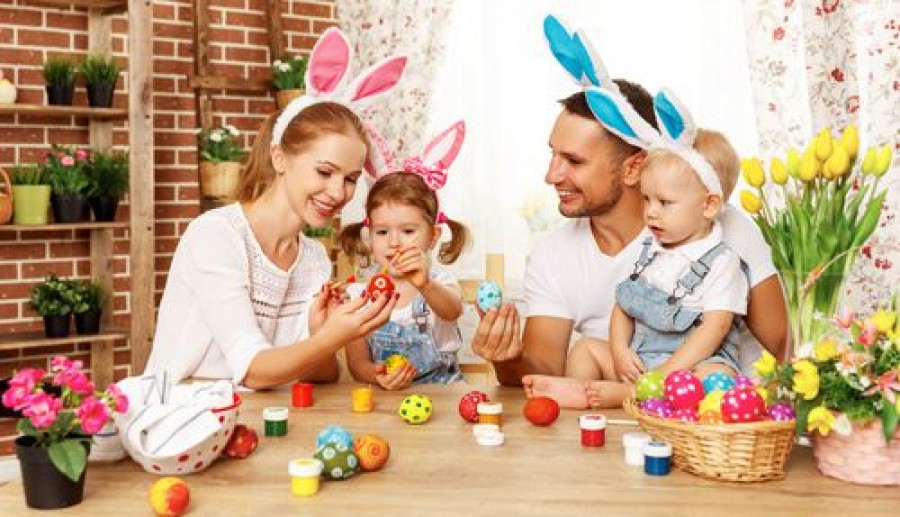 Celebrating your First Easter as a familyNext

Ways father can bond with baby

How to discipline babies?