How to choose a middle name for your baby?

First name is hard enough, but how do you choose a second or middle name for your baby?

Home » Newborn » Baby Advice Articles » How to choose a middle name for your baby?

How to choose a middle name for your baby? 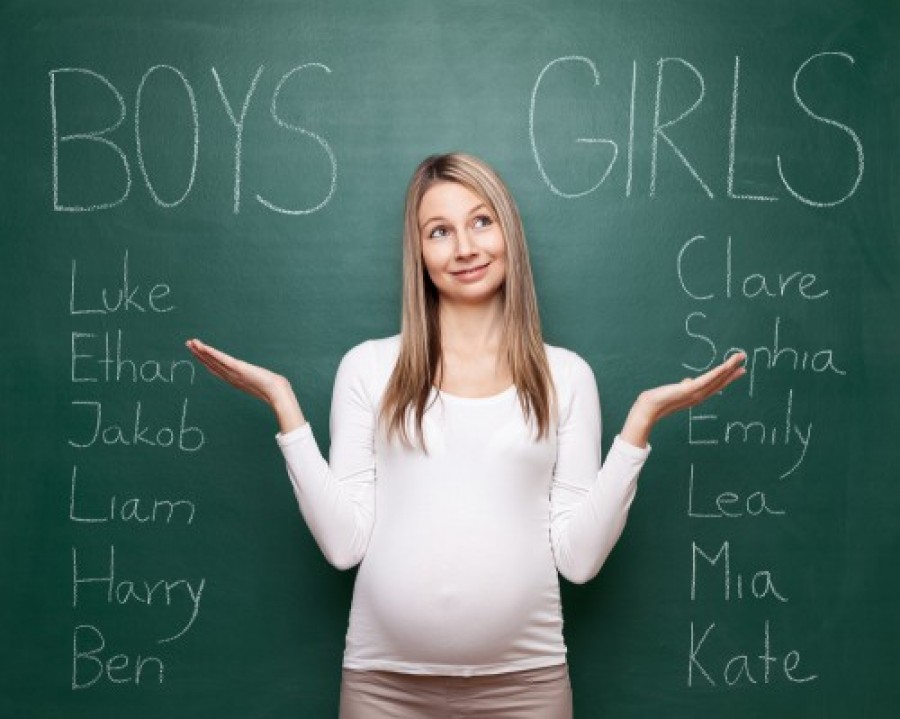 If you are anything like me, choosing a name for your baby can bring on all sorts of unreasonable stress. My first child was a boy, and I was so unsure of my name choice that I couldn’t call him by it for days.

All the midwives at the hospital kept using his name, and I kept thinking, ‘What if that’s not his name? What if I chose the wrong one?’

For me, naming a baby is an incredibly responsibility, and one that I really doubted I was ready for.

Despite having favourite names for my future babies since I was about twelve, I still struggled when it came to having the confidence to choose the real thing.

Ok, so a first name is hard enough, but how do you choose a second or middle name for your baby? What is it for anyway? Do they even need one? What if you feel like having more than one?

Middle names can seem random, and for a lot of people, sort of useless. They only come out when you are trying to come up with an email address, or if you are applying for a car loan or a passport, right?

For me, I only use my children’s middle names when I’m yelling their full name out in the middle of a department store.

Where do middle names come from?

The origins of having a middle name come from ancient Rome. Romans had a praenomen, which was a personal name, a nomen, which was their family name, and a cognomen, which referred to the branch of the family that they were from.

The more rich and well respected people had more names, while women usually only had two, and slaves only one.

Moving further forward into Western society, and the middle name seemed to serve the same main two purposes, to indicate status, or to keep track of the family tree.

Following from that, in religious culture, children were often given the name of a saint as their middle name.

When Europeans started to emigrate to America and later to Australia, it was less common to have three names, and the practice went out of favour for a long time, particular for people from working classes.

Today most people have them, more because we have always had them, rather than for any specific reason.

Having more names will work as a better identifier, particularly when you are the 700th John Taylor on Instagram. Many people however will not have one, and some will, but will never use them.

If you are choosing a middle name for your baby, there are a few things to think about:

#1 Try saying the whole name together out loud, and see if it rolls off the tongue all right.

A name may sound cute on its own, but when you add it to the first name and surname it can turn out sounding weird, hard to pronounce, or even rude.

While you may have a bit more flexibility and creativity in choosing the second name, still be kind to your child. Stay away from ridiculous or offensive.

#3 Also consider the spelling of their name; exotic spellings of names seem like an interesting idea, until your son has to spend the rest of his life explaining that he is ‘Zavier’ with a ‘Z’.

Going longer for both first and second names can be a mouthful, and may make someone sound like the villain from a bad romance novel (like Harrison Belvedere Postlethwaite, or something like that).

#5 If your baby has a traditional or conservative first name, you might want to play around a little bit with their middle name.

Or if you have gone creative with the first name, like Pixie or Storm, consider giving a conservative middle name, in case they want to become an accountant for instance.

You don’t even have to have a second name for your child, and if you want you can have more than one.

There are no rules around this, but you may be guided by what your family has traditionally done, and hopefully with some kindness for the future adult your baby will become one day.

It shouldn’t be an overwhelming responsibility, but it is a big one, so choose wisely.

Some inspiration for second names

Many people choose to honour their families and ancestors through the second names they give their children. For instance, each of my children gets their second name from a grandparent.

My own second name is for the Maid of Honour at my mother’s wedding. Look to friends, family, or even further back through history to find names that have been strong in your family.

Some will name their babies for their godparents.

You may also choose this special way to honour and celebrate someone close to you who has passed away, such as a family member or friend.

Another idea is to give your baby their mother’s maiden name as their second name, as a way to carry on your family history.

For people from religious backgrounds, passing on the names of saints is still very much common practice. Some of them are beautiful however, you don’t have to stick to weird and wonderful ones.

If you really love a historical figure, you can select your baby’s second name quite easily. You might choose an actor, author, artist, or someone else who changed the world and influenced your life.

If you are a Game of Thrones fan it may not surprise you to know that Khalessi has had a surge in popularity recently as a baby’s name, as have to a lesser extent Arya and Daenerys (although for some reason Joffrey hasn’t taken off in quite the same way!)Some people might go for more traditional characters, like Romeo and Juliet, or Arthur or Morgana.

But you can look to television, novels, movies and more to get inspiration for your baby’s middle name; you are really only limited by your creativity and your imagination, and by how many episodes of Game of Thrones you have seen.

I tried to convince my husband to let me give my daughter the middle name ‘Buffy’, but for some reason didn’t win that discussion.

Because this is not the first name, you can be a bit more playful with your choice of second name.

More names of places and things appear as second names than first names, because they are not the primary moniker that a person needs to go by.

It can also be a great way to create an artistic or poetic sounding name, when combined with the first. Think of names like Rose, Ruby, Scarlet, Honey, Poppy, Stone, Jet, Brooklyn, Ireland and more.

You could even go interstellar and choose Moon, Heaven, Star, Summer or Winter.

Characteristics of your future child

Many people today give their baby as a middle name a characteristic or attribute that they would like their child to have growing up. This is considered in some cultures to be a blessing on your child and may bring them future fortune.

Some of these include Joy, Hope, Grace, Patience, Faith, Honour and more. This does seem to be more of a traditional for girls than boys, but you could also try Chance, Lucky, or Benedict (which means ‘blessed’) or Felix (which means ‘happy’ or ‘fortunate’ in Latin).

If you are still stuck for where to start, why not consider what other parents have done? Here is a list of the most popular middle names for girls and boys in Australia over the last decade.

The rules are, there are no rules!

Actually, the only rules are that the Registry of Births Deaths and Marriages and the Australian courts will permit the name to be given.

The only names that you can’t use are ones that are deemed to be cruel to the child, are impractical (such as are unwieldly and long or contain symbols like @ or $) or that are titles such as King, Judge or Major.

Have fun, be brave and most of all, be kind. And try yelling your future baby’s full name at the top of your lungs in Kmart as well, I found that this can help you to make a final decision too. 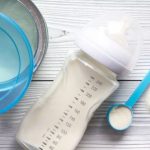 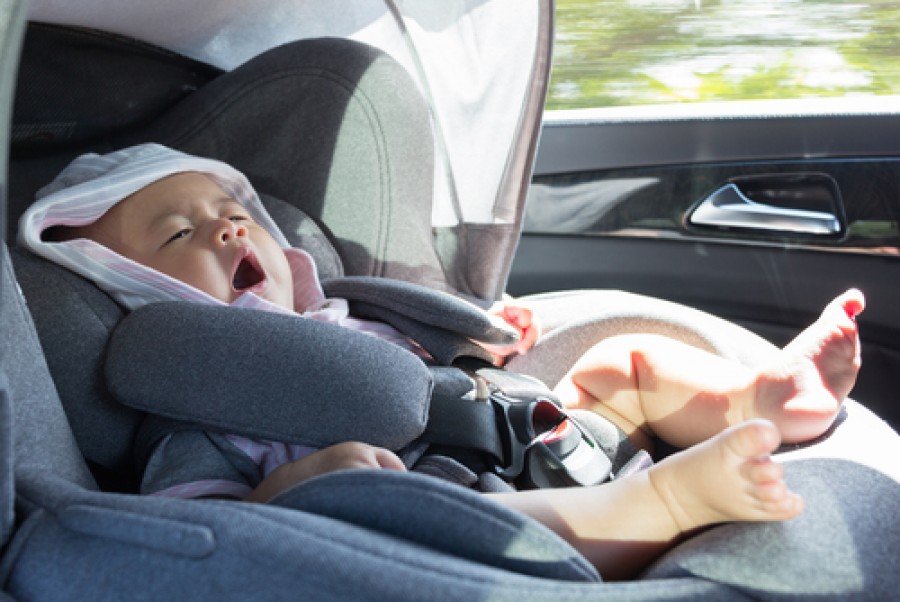 Is my Toddler Safe at Home?

Some Incredible Ideas for your First Christmas with your Newborn 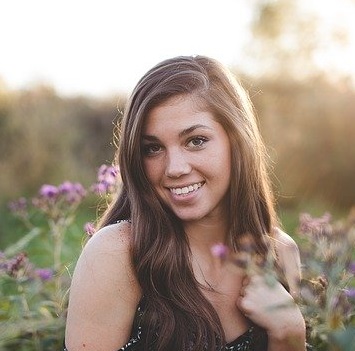