Tongue and Lip Ties in Babies

Tongue and Lip Ties in Babies 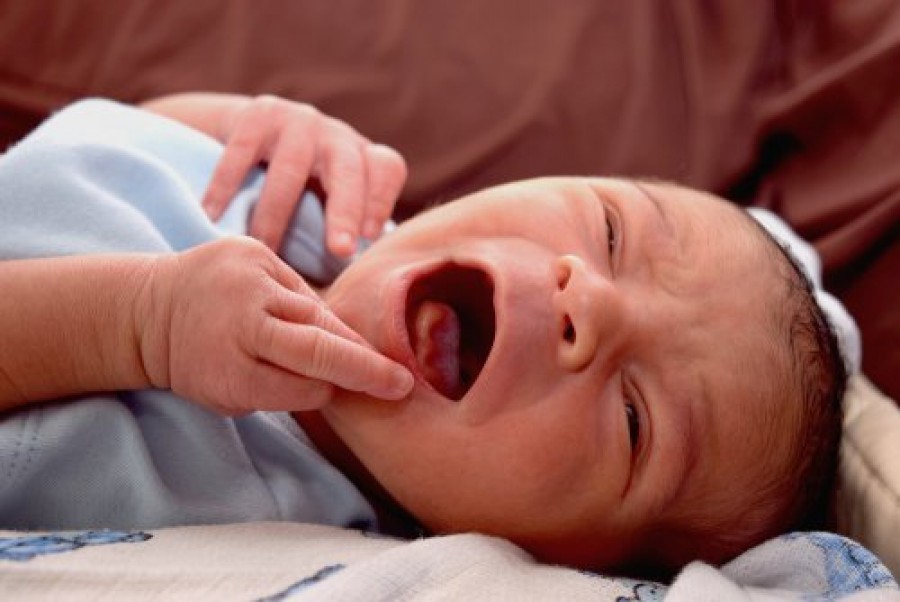 When it comes to new motherhood, there are many challenges, with breastfeeding being one of those challenges. When everything is working as it should, breastfeeding is completely painless. It is not supposed to hurt to nurse your bub, and if it does hurt to nurse your bub, it means that something isn’t right. The most common problem that can cause breastfeeding to be painful is an improper latch. Both lip ties, as well as tongue ties, can cause the baby to have an improper latch which can lead to pain when nursing as well as multiple other problems.

What Are Tongue and Lip Ties?

Tongue and lip ties are two different forms of soft tissue abnormalities in the mouth. The tongue and the lips both have what is called a frenulum that tethers them to the inside of the mouth. Everyone has frenulums but in some cases, the tissue of the frenulum is too tight and restricts movement of the tongue or lips. When this is the case, it is referred to as either a lip tie or tongue tie. When a baby has a tongue tie, they are more likely to have a lip tie as well and vice versa.

When a baby latches onto the breast properly, they take a considerable amount of breast tissue into their mouth. This allows the nipple to land farther back in the baby’s mouth against the baby’s soft palate. When the baby suckles, they use their tongue to remove milk from the breast. Both lip and tongue ties can negatively impact the way breastfeeding works.

· Lip ties can negatively impact breastfeeding because they can restrict how wide a baby is able to spread their lips when latching onto the breast. They aren’t able to pull as much of the breast tissue into their mouth causing a shallow latch. The shallow latch places the nipple closer to the baby’s lips and therefore resting on their hard palate. When this happens, the mother is likely to experience nipple pain and the baby won’t be able to efficiently remove enough milk. 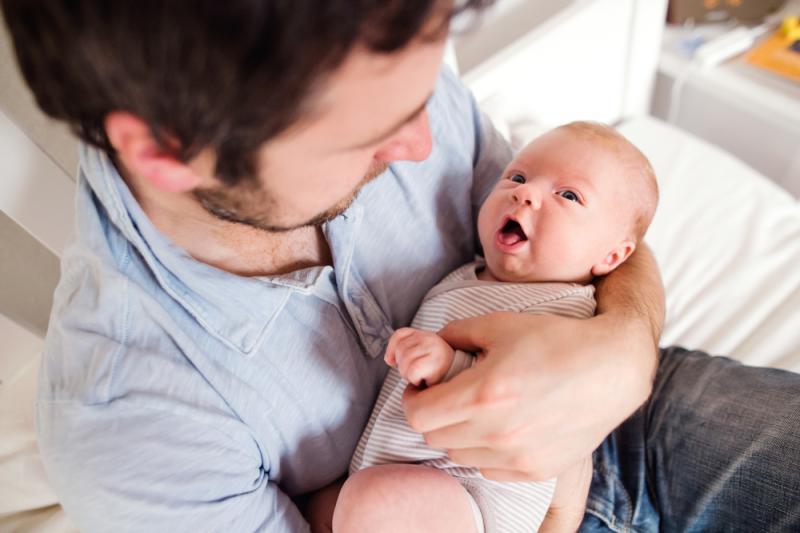 Risks of Tongue and Lip Ties

Due to the negative impact, that tongue and lip ties can have on breastfeeding, they can cause many problems for both mum and bub. Additionally, an untreated tongue or lip tie may cause other problems as the baby grows older.

Tongue and lip ties in babies can cause a poor latch when breastfeeding. Due to the poor latch, the mother is likely to experience nipple pain. The frequency in which the baby nurses often don’t allow for healing of the nipples and they may become red, very sore, almost raw, and they may crack and bleed. A temporary solution is to try a nipple shield. A nipple shield is a moulded piece of silicone that is placed over the nipple before latching the baby onto the breast. It has holes in it similar to a bottle nipple allowing the milk to come through to the baby while protecting the nipple.

Another risk of tongue and lip ties for mum is the possibility of reoccurring mastitis. Mastitis is an infection in the breast that occurs from a clogged duct. Clogged ducts typically happen when the breasts aren’t emptied fast or often enough which is common with tongue and lip ties. Mastitis is usually very painful in addition to causing severe flu-like symptoms. If left untreated, mastitis can become very serious and even lead to death. Luckily, it is very easy to treat it with antibiotics.

The poor latch that often results from tongue and lip ties can reduce the amount of milk baby gets. This can leave them feeling hungry and unsatisfied much of the time which, of course, makes them fussier than usual. It also makes the baby have to work harder for the milk they do get. This leaves the baby excessively tired which can also make them fussier.

Since baby’s latch can suffer from tongue and lip ties, they often just don’t get enough milk. Because of this, the baby will likely not be gaining an adequate amount of weight and their overall health can suffer severely.

One of the more minor problems that a lip tie specifically can cause is a gap in your baby’s teeth. If your baby still has a lip tie when their teeth come in, the tie can cause the front two teeth to come in spread apart from each other.

Lip and tongue ties, especially tongue ties, can cause problems for babies when they start eating solid foods. Their inability to maneuver their tongue normally can make it difficult to chew and move the solids around their mouth. It can also increase their risk of choking and gagging.

Having a lip or tongue tie affects the way you are able to move your mouth. The inability to move the mouth and tongue normally directly affect your speech. A baby with a tongue or lip tie may not speak as quickly or as well as their peers. 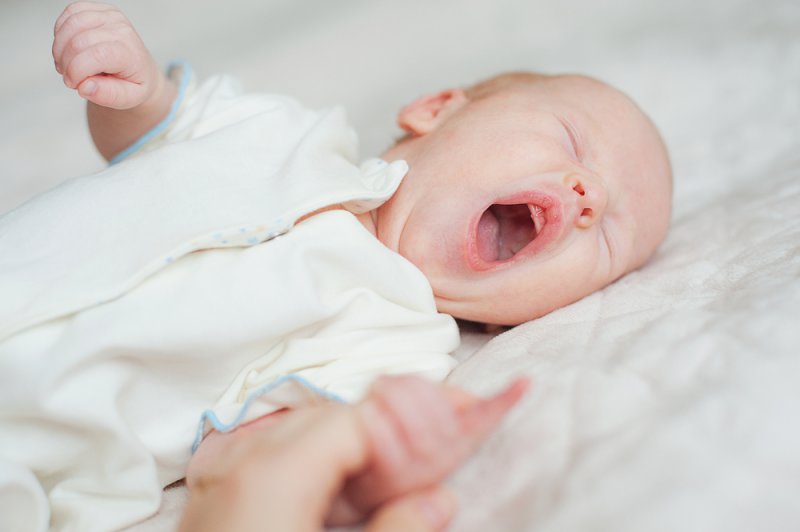 If you or your baby is experiencing any of the symptoms and problems listed above, they may have a lip or tongue tie. The best way that you can find out for sure if they do is to see a lactation consultant. A lactation consultant is trained in checking for tongue and lip ties and can tell you not only if your baby has one, but also the severity of it and if it requires revision or not.

Treatment of Tongue and Lip Ties

The treatment of tongue and lip ties is very simple, quick, and usually complication free. Usually, the procedure of releasing the tongue or lip tie is performed by a dentist. Make sure to find a dentist familiar and experienced with tongue and lip ties in babies if you do make the decision to have the lip or tongue tie released. There are two different ways that a tongue or lip tie is released. The first way is that the dentist simply takes a pair of surgical scissors and makes a small snip in the frenulum releasing the tongue or lip. The other way that tongue and lip ties are released is by using a laser to make a small cut in the frenulum. For either option, the baby does not require any anesthetic and breastfeeding can provide all of the comfort and pain-relief that the baby might need. 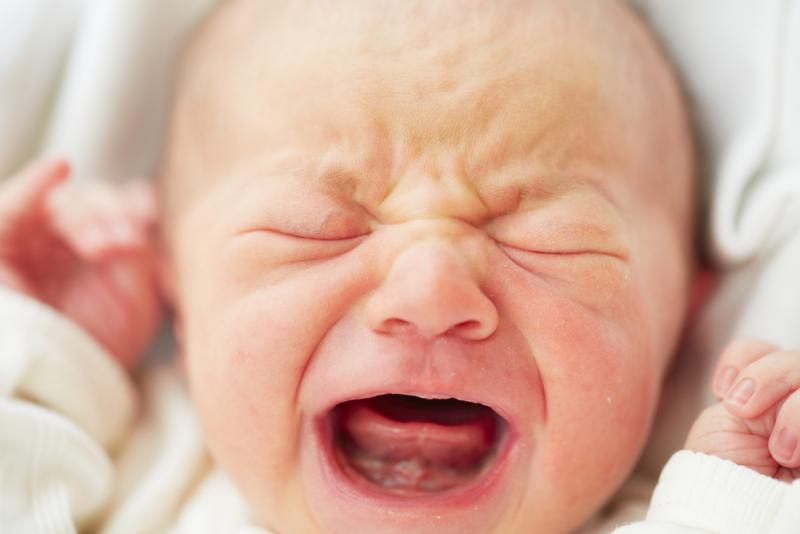 After Care of a Released Tongue or Lip Tie

Caring for a tongue or lip tie that has been released is very easy. You simply breastfeed frequently and regularly massage the place where the tie was released. This prevents it from reattaching while it heals. The frequent breastfeeding helps you to establish a better breastfeeding relationship and build your milk supply back up if needed. It also helps your baby with any slight pain they may feel from the procedure.

Seek Help if You Need It

If you or your baby are having any of the problems that are often associated with tongue and lip ties, seek help as soon as possible. Ideally, you should see a lactation consultant to diagnose any problems and start a plan for treatment if needed. The longer these problems go, the worse they get. Seeking the help of a lactation consultant as soon as you suspect a problem can go a long way in how your breastfeeding relationship goes as well as in the health and well-being of both you and your baby. 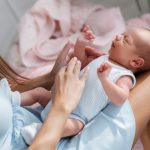 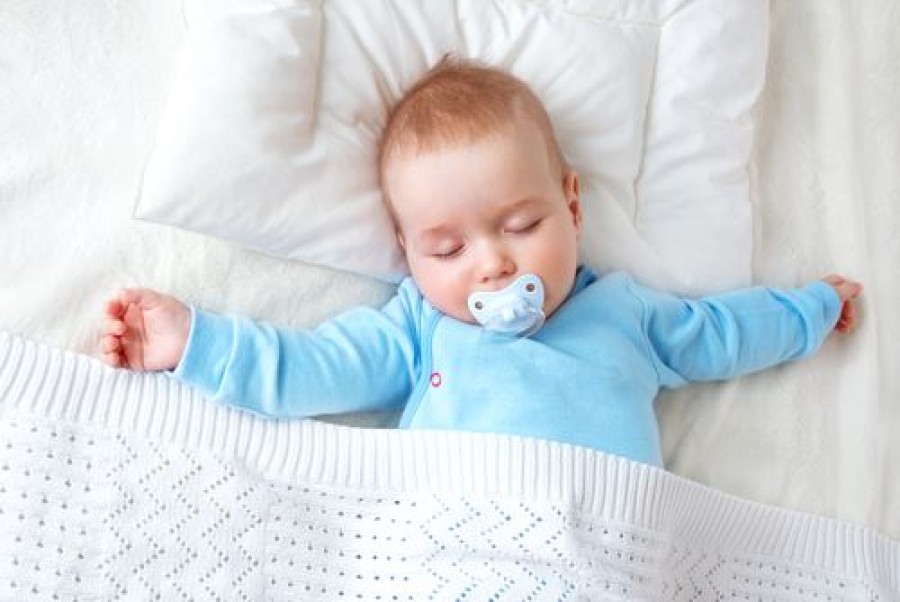 To Dummy, or not to Dummy: Are dummies okay for bub’s health?Next

Celebrating your First Easter as a family

5 Signs of a Healthy Baby

What to Do When Your Baby Experiences a Headache?

Delivery Day: What to pack for mum and baby